Applying the field of behavioral economics to education.

“If we can learn to embrace the Homer Simpson within us, with all our flaws and inabilities, and take these into account when we design our schools, health plans, stock markets, and everything else in our environment, I am certain that we can create a much better world. This is the real promise of behavioral economics.”
― Dan Ariely

Forty years ago, Amos Tversky and Daniel Kahneman introduced the field of behavioral economics, which pointed out that people don’t behave rationally. This may seem shockingly obvious as it’s fundamental to psychology, but it won Kahneman a Nobel Prize by convincing neoclassical economists that people do not act to maximize their advantage.

As a therapist, I tell my clients that everyone is crazy, which is a broader version of the same thing. I imagine economists were as shocked by Tversky and Kahneman’s assertion as my clients are by mine. Being crazy has the implication of inappropriate behavior, but that is just what irrational behavior means to an economist.

A more conservative statement of behavioral economics is that people don’t always act to maximize their benefits. They often don’t act in their own best interests. The field is an exploration of how people make decisions, and it concludes that most decisions are based on emotional patterns, not logical reasons.

Where economists presumed consumers entered into debt to balance purchasing power against financial risk, Tversky and Kahneman said, “No, consumers accept debt to a comfort point that is largely based on misconceptions.” And while economists strove to reduce the number of decision factors to a minimum, Tversky and Kahneman enumerated a multitude of irrational decision factors.

We know Tversky and Kahneman are right because any decision can be turned into an economic proposition, yet we never think this way. We might put forward an economic argument in the case of a narrow decision, but life decisions aren’t made this way. Few everyday decisions are, either. We do what feels good. In my integrated vision of behavior, everyone is either learning, striving, or changing—or they’re doing all at once. I’ve positioned myself at the intersection of the fields of education, business, and therapy because they are all part of a single equation. As three aspects of being human, they cannot be separated.

I’m shocked by people who purport to serve only one of these fields. How can they talk about education, profession, or healing in isolation? I take a dim view of anyone who sees themselves as only a school teacher, business consultant, or psychotherapist. The prevalence of this narrow-mindedness—and the limited authority it affords—explains our dismal education environment, destructive business ethos, and ineffective therapeutic attitudes.

The error in each one of these fields is the same error made by neoclassical economists. Namely, the fallacy that people act rationally. Not only don’t other people act rationally, but neither do those who present themselves as the agents of reason: the teachers, consultants, and therapists.

Following Picasso’s suggestion that “good artists borrow, great artists steal,” I will apply behavioral economics to education. I claim that people make educational decisions on the basis of emotions and not reason, and that most of their trainers, teachers, mentors, bosses, and supervisors do the same.

Behavioral economics doesn’t say that emotional decisions are wrong and logical decisions are right. It rather implies that the logic we use to make decisions is short-sighted. One of its key points is that when our emotional perspectives are fully understood, they are often more rational than the truncated logic we’re expected to follow. Nevertheless, there are many points of confusion and misdirection where our bias, or what’s expected of us, guides us to a less than optimal outcome. Here are a few examples of typical cognitive bias:

Anchoring effect: The first thing we see prejudices the judgments that follow.

Sunk cost fallacy: We are attached to our investments, especially when proved wrong.

Confirmation bias: We always try to justify our beliefs.

Backfire effect: We perceive contradiction as a personal attack and so miss the truth in it.

Barnum effect: We overestimate the importance of patterns when they apply to us.

Framing effect: We confuse our established patterns with choices of free will.

Declinism: We tend to view the past favorably and the future negatively.

Halo effect: We tend to agree with people we like.

Reactance effect: We tend to disagree with people we don’t like.

Group-think: Groups create identical states of mind in those who comprise them.

Negativity aversion: The memory of discomfort is more enduring than the memory of comfort.

Overestimation effect: We tend to think others think the same things we do.

I’ve taken these, and a dozen others, and turned them into Learning Secrets. You might at first see them as learning mistakes, but mistakes are opportunities. Each of these cases of erroneous preconception is an opportunity to understand more deeply how we’re inclined to act as well as to better understand others.

It’s interesting that the revelations of behavioral economics are insights of common sense. They were, in fact, borrowed from basic patterns of behavioral psychology and repurposed for attaining celebrity. Perhaps my cynicism could be called The Monday Morning Quarterback Effect. 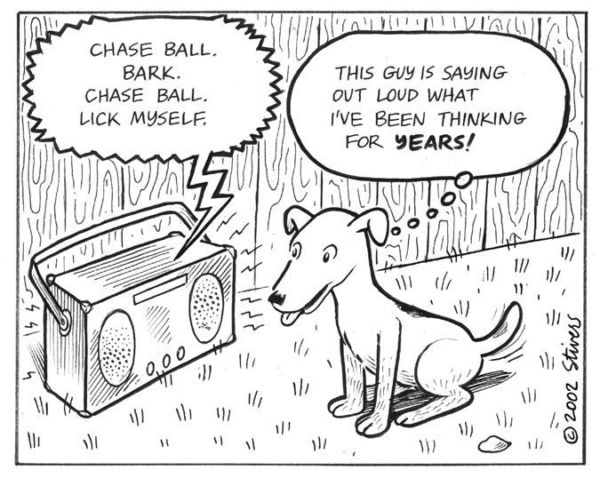 Take the anchoring effect as one example. When applied to the process of learning, the anchoring effect says that what we learn first prejudices what follows. For example, if you’re told that the USA won World War II, then you’re likely to see the conflict from that point of view. The truth is far more subtle, but once the event is framed in this way, and once you accept that framing, it is difficult to see the alternatives.

One of the alternatives, in this case, is that there was no World War II. There was a conflagration fought in Western Europe in two parts, numbered one and two, that were two parts of the same war. Beyond that, World War II in the Pacific started in 1894. That war had been going on for fifty years by the time the USA decided to declare it. We ignore this as if the twenty million Chinese who died before we entered the war don’t count. And it was this Sino-Japanese conflict that ultimately destabilized Korea to create the situation that led to the Korean War. The lesson is clear: be skeptical of what you’re told, and be especially skeptical of what you’re first told!

A more practical example applies to the process of buying a car. If you go to an automobile showroom unprepared, then you should expect to encounter compelling reasons to buy a car now. Just as truth is the first casualty of war, it’s also the first casualty in advertising. Just as these biases are often exploited to our disadvantage, we can better understand them to our own advantage.

In both of these situations, there is information to be digested and there are decisions to be made. This is the learning process, and these cognitive biases play a central role.

While these biases are drawn from the psychological study of how we learn, they have not been applied to how we teach. I think that indicates that educational psychology is not a carefully reflective field. I don’t expect my application of these ideas will find any reception among educators, but that’s not my goal. My goal is to gather these insights into an integrated approach to learning, professional advancement, and personal growth.

In my previously published Learning Project, Rites of Passage I focused on learning for spiritual growth. To further underscore the importance of these insights, I’m finishing a new book called Learning Secrets: 170 Secrets, 1,700 Years. These cognitive biases, taken from behavioral economics, will be among them. Once the book is published, I will give it away.

I’ve started a new email sequence also called Learning Secrets. Subscribers will receive one secret each week and, no matter when you subscribe, your subscription will start with the first and you’ll get them all. To join the Learning Secrets email list, click the button below.